Skip to content
Home Laptop Lenovo yoga 720-15 : Is it the best convertible laptop?

It is a no brainer that finding a laptop with a 2-in-1 convertible flexibility, with distinct graphics at an affordable price is very hard to find in today’s market of 2023.

With the every growing and evolving technology, that double by the day and triples by night, it is always a great choice to choose a personal laptop that can go both ways and is highly flexible. A laptop today, must be able to function as a decent laptop while also being able to work as a tablet on need, with graphics that meet the demand of most usual programs and applications and a significant battery life. And, trust us on this, the Lenovo yoga 720-15, is all that!

The Lenovo yoga 720-15, packs a solid Intel Core i7 processor backed by the Nvidia GeForce GTX 1050 GPU, making this laptop a strong competitor for editing and budget, light-gaming buddy. It gives an excellent value for the price to pay, and though it has been years since it first came out, this laptop still is a credible option if anyone is looking to buy an affordable 2-in-1 convertible laptop in 2023.

In this article today, we will dive deeper into the specification details, and analysis of the Lenovo yoga 720-15, along with a final verdict on whether it is still worth it to buy in 2023.

A general purchase of the comes with:

Lenovo is a brand that is widely known for its plain but professional design, and that is even true with the Lenovo yoga 720-15 laptop we are reviewing today. The lid has a gunmetal grey colour on it, and it is made up of aluminum on the lid. There is a literal ‘Yoga’ loga on the leftmost top corner of the laptop, and the diagonal of the screen measures around 15.6 inches with minimal bezels, island-slate keyboards plus aluminum deck too.

Featuring an ideal size for any average convertible laptop, of around 14.3 x 9.5 x 0.8 inches and 4.6 pounds, this laptop is super easy to use and highly portable. In comparison to its market competitors, the Lenovo yoga 720-15 feels perfect in size as the Dell XPS 15 laptops, HP Spectre 360 and Samsung Notebook Pro Series feel a little small and lightweight with their 15 inch screen diagonals.

The Lenovo yoga 720-15 features a 360 degree hinges, that lets the convertible be easily used both as a laptop and a tablet on requirement. The given range of selected ports are fairly minimal, and overall gives a simple yet elegant kind of minimalistic design approach.

The Lenovo yoga 720-15 features a laptop screen of 15.6 inch display, is really a bonus for a 2-in-1 convertible weighing only about 4.6 pounds. It gives of vivid colors with a really sharp image details, truly a joy to watch videos and stream the internet on. Covering an excellent 114% of the sRGB color gamut, the Lenovo yoga 720-15, is definitely higher than its competitors in this arena where the HP Spectre stands at 113% and the Samsung Notebook Pro Series stands at around 107%.

The full HD version in the Lenovo yoga 720-15 is pretty solid, honestly, but the screen somehow feels a little washed out for the 1,920 x 1,080 resolution IPS display. This might be the lack of brightness enhancements, making it unable to compete with market dominators like the Samsung Notebook Pros. The colors in the display aren’t also the most precise ones, despite the decent sRGB color gamut featured.

The Lenovo yoga 720-15, features the Intel Core i7 – 7700 HQ CPU processor alongside the Nvidia GeForce GTX 1050 GPU, that is further backed by a 2GB of video memory, 8GB RAM, along with a 256GB SSD. All these features do one thing, and that is scream the ideal specs details for both work and play.

It is really a wonder honestly, to see Lenovo pulling off the quad-core ‘H’ series Core i7-7700 HQ processor, in fact the first one to be features in a 2-in-1 laptop. Given the pairing of this proicessor with the Nvidia GTX 1050, we have anticipated a lot of heating issues and noise problems during work, but the laptop was a quiet worker and this was one of the feature we loved about this convertible laptop.

There’s honestly not much to say about gaming for the Lenovo yoga 720-15, but since it features the Nvidia GeForce GTX series, some people might be wanting to carry on with quite a gaming on this laptop. Honestly, specs of this level featuring the Nvidia GeForce GTX 1050 GPU, will have you doing quite a good range of creative work and just light gaming. It is definitely not sure to run the top-notch AAA games, but it will definitely hold its ground for light games.

In comparison to the gaming experience in the similar other convertible laptops, games like Rise of the Tomb Raider, under high presets were seen better in laptops like the Dell XPS 15 series better with 42 frames per second. This was however less in the HP Spectre series where the frame rate was just 15 fps, which is absolutely disastroud for gaming. The Lenovo yoga 720-15, however stood its ground at 38 frames per second which is quite commendable.

One word for the port selection for the Lenovo yoga 720-15, is that it is very limited and feels very minimalistic. This might be a big NO-NO and a disappointing feature for a lot of people, but to us, this felt quite average since the category is a 2-in-1 convertible laptop.

The Lenovo yoga 720-15, features only two USB ports, a sing;le USB-C port, a headphone jack, and plus a single-pin proprietary Lenovo Charging deck. You might want to get yourself an additional adapter, if you are looking to use an HDMI-based monitor or a SD Card Reader. The left side of the laptop consists of a power jack, USB 3.1 port, and the headphone jack. Similarly, the right side of the laptop has a next USB port and a Thunderbolt 3 port.

One word for the keyboard of the Lenovo yoga 720-15, is that it is decent enough. The keypad has an aluminum finish along with a six-row backlit keyboard. Although, the entire typing experience feels a lot better than the butterfly mechanism features by the MacBook Pro Series, it is exactly not the best keyboard you will get in a laptop.

To be honest, the Lenovo yoga 720-15’s keybaord could use a little more key travel, since the press down is just about 1.2mms. Every key is shaped rounded at the bottom in order to provide an ergonomic typing experience. This also has the keypad shaped a little like your fingers itself, which lessens down the possibility of errors when shaped like your finger itself. All in all, with a very professional look, the Lenovo yoga 720-15 has a keyboard that is going to be very useful for a lot of business individuals.

REgarding the trackpad, the Lenovo yoga 720-15, also features one that is similar to the keyboard- pretty decent. It might not come in par with the Apple’s Force Touch TrackPads seen in Macbooks, but still is quite good for the other trackpads usually seen in a Windows laptop. There is a little silver border along the clicker’s edge, which gives a more professional and clean look to the laptop. Standing at 4.1 X 2.7 dimensions, the trackpad is pretty spacious and responds well too. Windows gestures and other features like pinch-in-to-zoom are smooth on this trackpad and the navigation of the laptop is easy because of it.

Coming towards the speakers and audio section of the Lenovo yoga 720-15, they give out quite a loud and semi-balanced sounds. Listening to musics on high volumes is fine on this laptop, since this gives out pretty good differentiations and enhancements in vocals and percussions. But, if you are looking to watch a movie with an ambience in this laptop, you m ight not want to rely on the laptop’s speakers itself, but toss a good quality headphones. This is because the sound feels back-fired and you can hear a little muffling sound irrespective of the positioning of the laptop.

The Lenovo yoga 720-15, comes with a pre-installed Dolby ATmos software though, to switch to different sound types for different functions like gaming, and music listening, but not much difference between these switches was noticed. Further more, the lack of a lot of port options was a hope, that we might have a good built-in audio system, but this wasn’t quite met for a laptop of this caliber.

The Lenovo yoga 720-15, gives you a pretty decent battery life, in a way that if you full charge it once, and head off, you might have the battery lasting easily for an entire workday. We found that the battery lasted an average of 8 hours and 55 minutes, wven when constant browsing the internet on Wi-Fi connectivity. This number proves that it has a better battery life than a lot of it’s market competitors like the HP Spectre Series, Samsung NoteBook Series, and even the Dell XPS series which had an average life ranging within 6 to 8 hours only under similar circumstance.

One thing you will not have to worry about the Lenovo yoga 720-15, is forgetting your battery and having to run around with wires every now and then, looking for a charging port.

To conclude, we would like to say the Lenovo yoga 720-15, is a pretty decent convertible that supports a lot of tasks, creative works, and even gaming to some extent at a good performance and display. And, you get this all at a very reasonable price too, so yes, this convertible might just be the best convertible laptop in 2023.

The Lenovo yoga 720-15, featured an Intel Core i7 processor with the Nvidia GeForce GTX 1050 graphics backed by 8 GB RAM and 256GB SSD, and is one of the most versatile 2-in-1 convertible laptops we have seen or reviewed. It is a useful device for video editing, light gaming and browsing the internet. Plus, the 180 degree spin flexibility offered by the laptop is great for scribbling something quick whenever you come with a great idea. The 15.6 inch display is also great for watching your favourite movies and streaming your favourite shows.

The Lenovo yoga 720-15, is undoubtedly a good laptop for people looking for a highly flexible 2-in-1 convertible, with decent graphics at a pretty affordable price. It can be useful for activities like editing, and light gaming. It is not a very robust, high performing gaming laptop with great specs, however.

The Lenovo yoga 720-15 features an 8th Gen Intel Core i7 7700 HQ CPU processor. The current count for the INtel processor generation is the 11th Gen, so this is pretty old.

Is Lenovo yoga 720 good for gaming?

The Lenovo yoga 720-15 features the Nvidia GeForce GTX 1050 GPU, which is a pretty decent graphics for light level gaming. But, in 2023, four years since the laptops top popularity, we don’t think this level of GPU will handle the top-tier AAA games well. 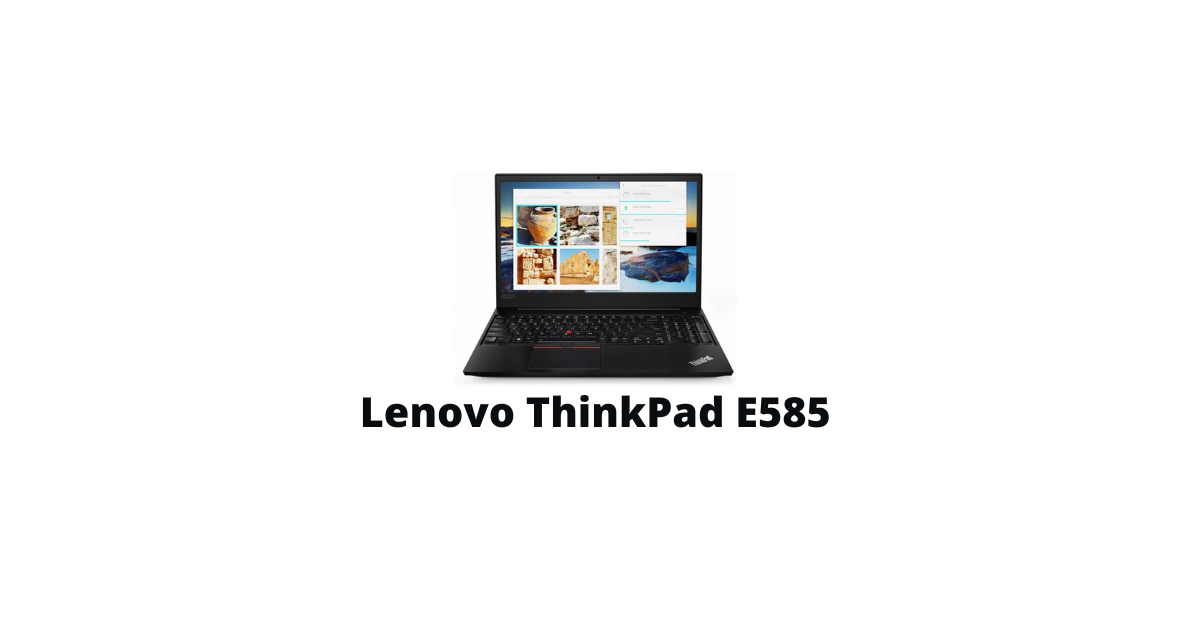 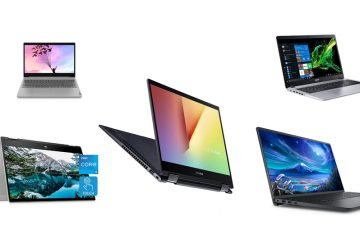 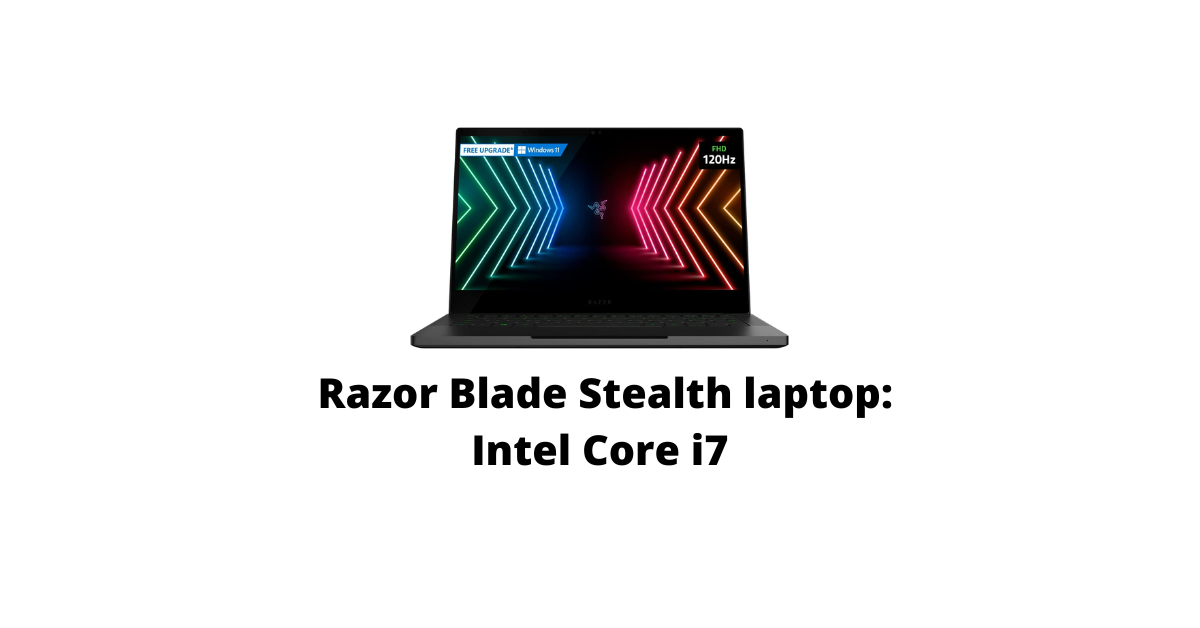