Skip to content
Home Blog Scroll Saws Vs Band Saws – How are they different?

Owning a saw can be the coolest thing you can do and it can be very handy if you are into constructions. Now, being into constructions doesn’t have to be pursuing it professionally! You could be building a new sweater shelf for Christmas or you could be building a tree house for your little one, or even taking a camping or hiking trip with your family. The reasons can be many, but we assure you owning a saw in these situations can be pretty handy!

We have already uploaded an article on the types of saws you can find in the market in 2022 on our website. Now, that we have a thorough knowledge and idea on the saw types, why don’t we move to the two most used and popular saws in detail?

The Band Saws and The Scroll Saws!

Knowing the types and the uses can be easily done, but the purchasing process might still be a little tricky. But don’t worry! We got your back! In today’s article, we will go in depth about The Band Saws and The Scroll Saws and set you into a mind map about which one to buy, considering your requirements!

What are Band Saws?

Band saws are a stand-alone cutting tool in the market, usually operated by a powerful motor along with a long sharp blade in order to form long detailed cuts and rip cuts. These saws also have type wheels equipped with an equally-distributed set of metal teeth. Despite its wheel system often coming in two, it still vaguely depends on the model of the saw you decide on purchasing.

Band saws offer you portability and excellent control in materials like wood, metal, etc. in achieving a very fine and straight cuts and curves – but this, is greatly determined by the type of machine on the market, so we highly recommend you to first go through your project requirements before making that purchase.

Now, if you are wondering why a lot of people feel bewildered between band saw and scroll saws and confuse them together, is mainly due to the design. These both saws have a flat work table with an extended column, and a horizontal arm holding the blade. But, they differ widely in the kind of materials they work on. Band saws are generally used for bigger woodworking projects since they can handle much thicker materials, garnering more power and versatality than scroll saws.

What are the major benefits of a Band Saw?

Despite their close resemblance in appearance, band saws are significantly more powerful than scroll saws.

As it is powered by a high equipped motor, and can perform at a very high working speed, cutting through however thick the materials may be, or within a time constraint is no problem at all. Moroever, the speed of cutting through these materials is significantly high in comparison to its other market competitors.

On top of that it has a versatile blade, that can cut through pieces even thicker than 2 inches. However, you need to be extra careful since the distance between the blade and the work table, is the deciding factor of how long the further the blade can cut.

Even though mentioned already, this saw work on two to four wheels, completely dependent on the model of use. What these wheels do, is that they make the blades of the saw rotate similar to a band, allowing the teeth to operate in a downward, uninterrupted motion.

What are Scroll Saws?

Similar to the previosuly explained band saw, a scroll saw, too is designed with a flat work table. This work table contains one column at the back of the saw, along with an arm horizontally integrated with a compact blade running vertically to it. Today, most of the scroll saws in the market has a blade of total 6 inches, for example the WEN 3920.

Scroll saw blades, however, aren’t able to cut through material thicker than two inches. Now, if the materials are even more stubborn, it might face difficulty cutting through 1 to 1.25 inches pieces too.

Even though the small blades are a sort of discussion topic, the scroll saws are very popular in the market. One reason for this, is it’s ability to perfectly make detailed and intricate cuts when you are working with a thin material, which are mostly the case i n case of small home DIY projects.

What are the major benefits of a Scroll Saw?

One thing about a scroll saw, is it’s fantastic working speed, that even tops the band saw. It has tension adjustment knobs, that lets the users change blades easily and plunge inside cuts on materials very conveniently. This is seen even more on wood materials, as it cuts with a smooth finish in a very short amount of time. Furthernore, you don’t even need to sand the wood before cutting. Some people even use and integrated dust-blower to the saw to remove any kinds of potential disturbance in the user’s line of sight.

Another great feature of a scroll saw is its very specific throat size. What this does, is that it lets you determine the total inches of material your saw at hand can handle before you make cuts. For instance, if you have a throat size of 15 inches, this implies that your saw can handle material that are as wide as 30 inches. Though these calculations are factual, is is still recommended to use a 26-28 inches ones if you want to make extensive details and delicate cuts on your materials.

The throat size features, prove out to be very helpful if you are new to the industry , and aids the beginners in the right path to select the right material, right thickness, even before performing any cuts.

Scroll saws let you control the blade’s motion, along with foot pedals that give you a lot of precision on every cuts you make. This lets you fully use both your hands to perform inside cuts or cut along any kinds of thin materials, either straight, curves or rip cuts.

How do the Band Saws and Scroll Saws differ exactly?

Although previously mentioned with their external appearances and their most significant benefits, the detail differentiation of band saws is done below. This will further deepen your understanding about these saws and will help you get a crystal clear vision on which one to get. Some of the basis of differentiation considered are:

In case of a band saw, it’s speed is calculated in feets per minute, which is usually around 3000 FPM. A few of the band saws available even have the ability to run at a secondary, lower speed which is generally mid 1000 – 1500 FPM. This slow speed feature, is effective for cutting through non-ferrous metals and other denser materials.

However, any scroll saw’s blade speed is measured in terms of strokes per minute, ranging from 400 to 1800 SPM. It’s speed is guided by a foot pedal or a variable-speed knob. Since a scroll saw specializes in intricate details and cuts, it has to make tight turns with much precision. The measure of these turns are calculated on the basis of the TPI or teeth per inch of the blades themselves, and is proportional to the turning capacity of the blade. What this means is that the higher the TPI, the faster and tighter the blade can turn.

The size of band saw blades range from 1/8 of an inch – 1 inch in size/ width. These are able to cut through radiuses from 3/16 of an inch – 7-inches, conditional to sizes. Wide blades in band saws are even able to resist cutting strains, however aren’t good for tight diameters. Similarly, the narrower blades are appropriate for lighter, delicate works.

In the same way, scroll saw blades are usually sized from #2 to #12, and dependent on TPI. These are inversely proportional, as the higher numbered blades have fewer TPI and vice-versa. The fewer TPI ones are very good to cut through a thicker and harder material. However, they are unable to cut tight, intricate corners or even carve out details. The lower numbered blades are rated having higher TPI, and are used when an increased precision is needed.

Band saw blades are available in different lengths that range from 52 to 261-inches, plus the length mentioned in the owner’s manual is usually an average between the shortest and longest blades, the machine is capable of working with.

Scroll saw blades don’t have a lot of variations and come in 5 to 6 inch lengths, that are either plain-end or pin-end style types.

Weight of the Saws

Band saws are usually either 250 pounds or more than that, because they are mostly made for stationary placements.

On the other hand, scroll saws usually range from 5-60 pounds, as they are portable to the site on necessity.

As mentioned above too, Band saws are vaguely used for large scale projects along with thicker materials. These saws are very good for projects including tabletops, hanging shelves, and a simple wooden patio furnitures.

Contradictorily, scroll saws are the ones widely used mostly for small projects dealing with thin material, of lesser width. Examples of these include intricate ornamentations in wood, jigsaw puzzles, or carving/cutting out numbers letters, etc.

All in all, though band saws and scroll saws might look similar, their functionalities and usage are very different. Their whole build and field of specialization is very different to one another, and that is why it is very important to know the kind of activities you are doing with your saw before making a purchase. One thing to distinctly remember, is that band saws are for bulkier projects and scroll saws are for small, intricate projects and even carvings.

This article was prepared after reading hundreds of amazon reviews on both types of saws, the buyer’s guides, and by the consideration the different necessities, and possible bases of a common saw purchase. Our main aim was to make sure the consumers get the most out of the money they are investing, hence the detailed explanation on both the saw types.

If you still have queries even after this article, please mention them in the comments. We’d love to hear from you! Let us also know if this article was helpful for your purchase, we’d be extremely happy if it was!

What is the difference between a band saw and a scroll saw?

The main difference between these saws narrow down to their blade sizes, blade lengths, portability and usage. While band saws are more stationary type design for larger projects with thick materials, the scroll saws are the portable kind designed for smaller, intricate detail and DIY works.

Can you scroll cut with a band saw?

Band saws usually don’t specialize in scroll cuts, rather straight linear cuts. But, it can be possible if you use the appropriate blade size/ width and blade length. However, the results might not be as good as the scroll saws.

What can I use instead of scroll saws?

There are other saws that work in similar fashion to the scroll saws. These might not work as good as scroll saws, but will help you get the work done. These are band saws, jig saws and fret saws. Check out our article on the types of saws and their uses. 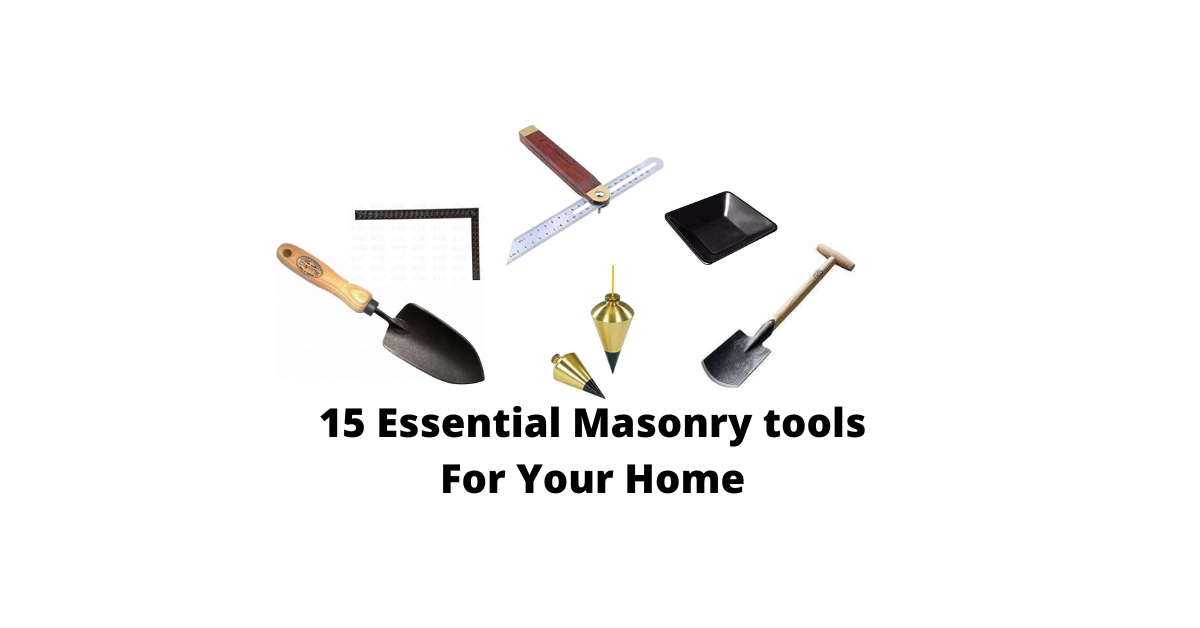 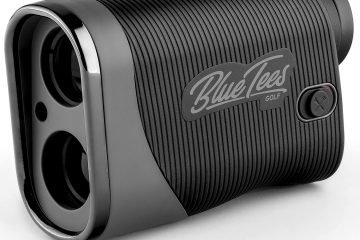