Don’t we all admit that Dyson vacuum cleaners have been popular more than ever?

Without any doubt, we can all agree that Dyson has been the OG vacuum cleaner sellers. Since their first establishment in 1991, they have been providing us some of the best vacuum cleaners in the market. But, one cannot dodge the fact that these vacuum cleaners are expensive too. The combo of powerful suction, versatile floor tools and the incorporation of handheld mode, has made the V6 and V8 very difficult to compete with for their market competitors.

To honestly admit it, the market is just filled with a ton of closely resembling Dyson vacuum cleaners and telling one apart from another can be pretty confusing. Sure enough, every version comes with it’s own set of tools, but they don’t differ much from the previous models.

The recent V7 model was released in 2017, with the motive to stay at a middle ground between the cheaper, and short-term running V6, and a much powerful V8 series. The V8 was the acclaimed ‘best vacuum in the market, but the later released V7 is coming in par with it’s improved V6 version. Some people think that this has made matters further confusing and that they are finding it harder more than ever to find the right choice of vacuum cleaner for their house. They look the same, so what is the difference, you might think!

Don’t worry! We have brought this article to clarify these confusions between Dyson V7 model and the Dyson V8 model.

What is the Dyson V7 model?

View the Product’s Price on Amazon

Simply put, The Dyson V7 model vacuum cleaner is a cordless stick/handheld vacuum. It is a very lightweight, easily-handled equipment, that comes with a few attachments. It is a popular market choice, that delivers incredible cleaning performance on surfaces like carpets by easily clearing debris, pet hairs, etc.

For daily purchase, the sub-versions of V7, like the V7 Absolute and the V7 Motorhead are not recommended at all. V7 Animal is a better choice, but V7 Allergy could be better if you are looking for a cheaper option. In case, you are using the vacuum just for cleaning hard floors, you can go with V7 Fluffy, as it comes with a soft roller cleaner head very useful for cleaning hard floors.

What is the Dyson V8 model?

View the Product’s Price on Amazon

The Dyson V7 and the V8 both are very similar in their construction, build, suction tendencies and even their dustbin sizes. Well, of course the V8 claims to have a tad more power and a 1 minute more working hour, that is 8.5 minutes, in comparison to the Dyson V7 which is 7.5 minutes. But, apart from that, these two products are basically the same.

Both of the Dyson V7 and the V8 model use the company’s patented radial cyclone design, which is even similar to the Dyson model V6. Although a little less streamlines than the newest, V10 model, these work just fine.

Both these models give you an option to attach a soft-roller cleaning head on top of it on need. The direct drive head is motor-powered, and allows the brush roll to spin, agitating dirt and debris while sucking it up.

For the 2-in-1 design feature, both of these allow it’s users to use the vacuum either as a stick or handheld. Just a simple press of a button will let you switch between the two.

Unlike any other dusting emptying technique seen in any Dyson Models, the V7 and the V8 both have a similar one. For this, both of the models have a tab atop the handheld portion of the unit, which can be pulled by the users. By doing this, the flap on the bottom will open and the bin can be directly emptied above the bin.

Though almost identical, these vacuums differ in some ways. The basis on which they differentiate along with their explanations are given below:

Under the hard-floor cleaning tests, the V8 is significantly better than the V7 model, as it is specifically better for cleaning larger debris like cereal and rice. Plus, the V8 model contains a larger cleaning heads too, which helps a lot.

D. Size of the cleaning heads:

Though both of these models offer the soft-roller cleaning heads, the V8 model has a slightly bigger head in terms of its height. This will be helpful in picking up larger debris than the V7 model.

E. Maintenance of the vacuum:

Most of the annual cleaning and maintenance expense is taken by the type and the size of the battery used. While the annual maintenance cost for the V7 model is supposedly around $9.50 / year the V8 model heightens to about $11.25 / year.

Though there is no any notable change in dimensions between the two, there is just a slight dimensional difference between the two. Even though they are of the same width, the V8 model is slightly taller and weight a little more amounting to a total of 5.75 pounds. But, this difference almost does no change in the usage and maneuverability of the two models.

The V8 model has a total of three LED indicators to inform the users that the battery has reached 33% or below. But, the V7 model has only a single LED indicator, so relatively, the V7’s battery status is kind of hard to navigate.

Although quite similar both on the mechanism and on the performance, the V7 was shown to be thoroughly effective when tested through 5-inch, 7-inch, 9-inch, 11-inch, and 12-inches. But, in case of the V8 model, it was very good with the 5 and 7 inch testing, letting absolutely no pieces of hair behind, but as the inches got longer, the V8 model started performing a little less when it came to the 11 and the 12 inches. One reason for this could be the thinner brush roll.

The V8 model has a total of two filters: one pre-motor filter in the middle of the cyclones, and a HEPA filter behind the motor.

On the contrary, the V7 model only has a single filter, the pre-motor filter right in the middle of the cyclones.

Now, what these additional HEPA filters in the V8 model do, is that these give you additional filtration in keeping out fine allergens from escaping from the bin. They also work in capturing fogs.

Dyson V7 Vs V8- Which one should you choose?

These both models are very similar in their builds and functions, and almost every other factor except for the higher battery power and the suction efficacies. The LED indicators and the filters make slight difference, but overall, they are very similar practically.

Sure, on paper, the V8 might sound a tad bit advanced with it’s higher power and all, but given how closely they resemble, we believe it would be better to go for the cheaper option, which is the V7 model. The V7 model is beneficial to buy since it is cheaper, as mentioned above, and on top of that, it was found to clean the carpeted floors better than V8. Even though the working time is slightly less, about 10 minutes, but the 30 minutes it provides should be enough to clean your house. Plus, the V7 model is less noisier than the V8 model which is a plus point of buying it

Why should I buy the Dyson V8 model?

The Dyson V8 model is significantly powerful than the V7 model with its higher battery and suction power. Overall, you can purchase the V8 model if you want a vacuum with a longer running time, a larger suction head and if you have to clean a lot of hardwood surfaces by it.

Yes, Dyson is very good at making the repairable parts available for it’s customers. There are usually a variety of options to choose from whether it be battery or filters. Not just that, harder to find parts like bolts are also easily available in the sites like Amazon and eBay.

Can I replace the Dyson V7 and V8 Battery?

The straight answer is NO! You can however, buy a second battery for your respective models, but cannot change it without a screwdriver. These cordless clip-on batteries can however, be swapped using a screwdriver as they both have similar bolt placements.

Does the Dyson vacuum work well with animal hairs?

Yes, according to several hand-on run tests, it is found that the Dyson V7 model is even better for cleaning off longer hairs on the floor, however, the V8 model is better for shorter hairs ranging from 5-7 inches. 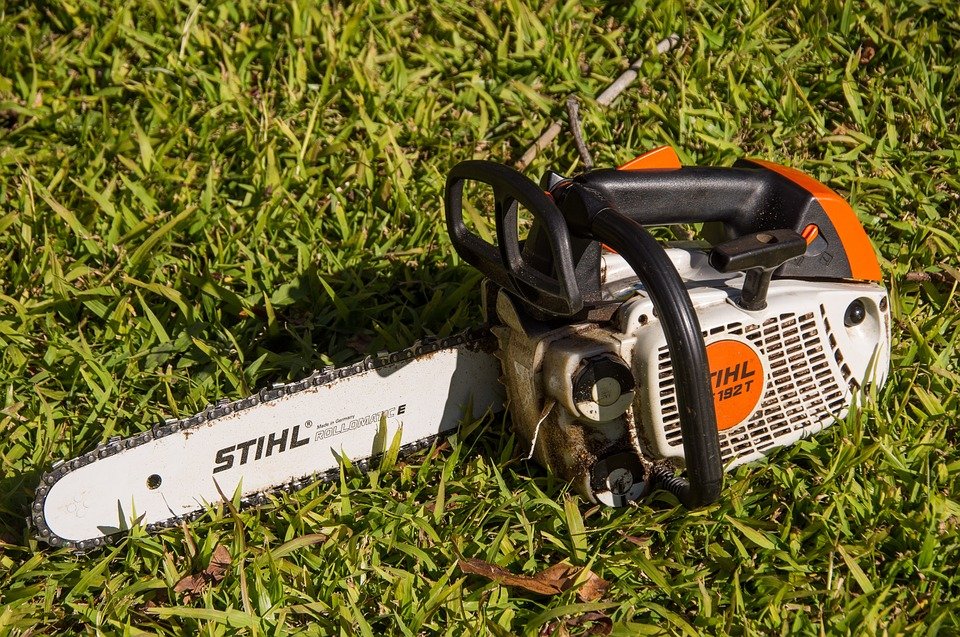 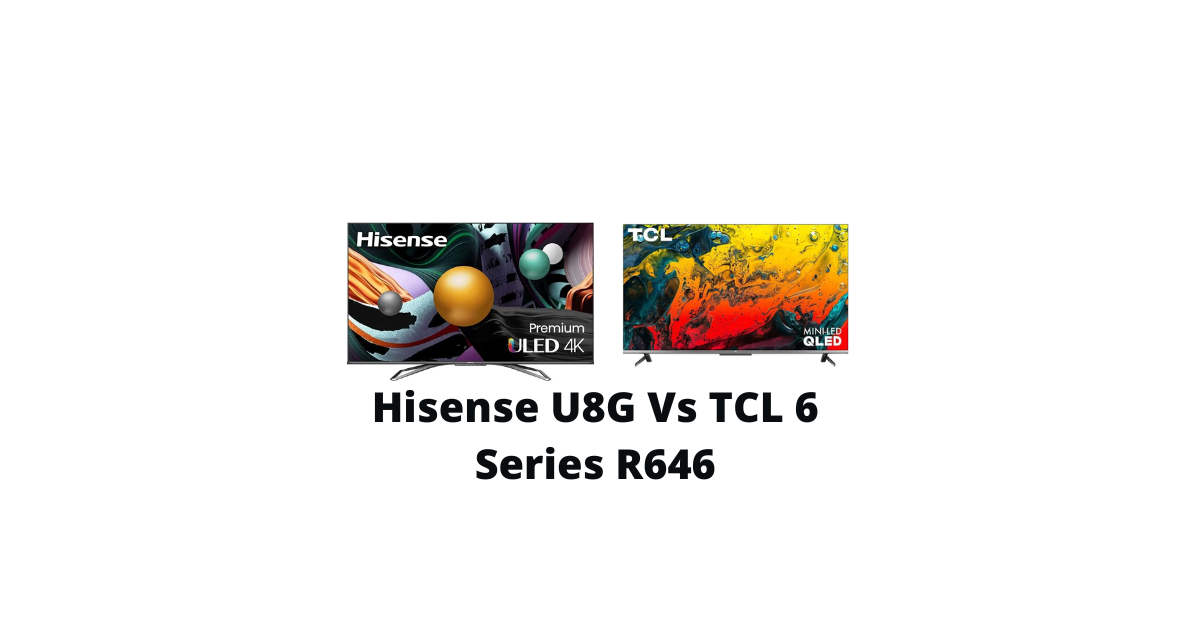 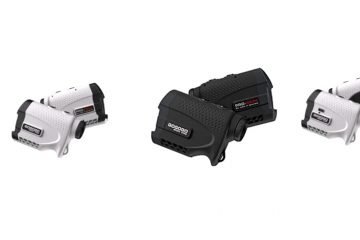